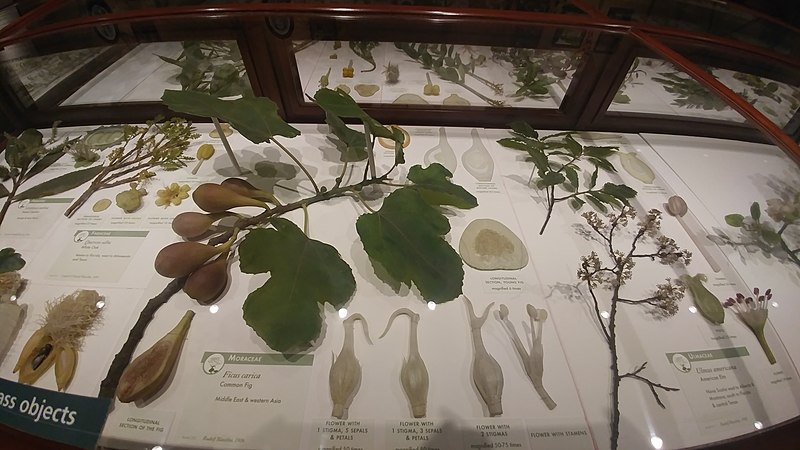 Harvard’s Museum of Natural History owns a unique collection of botanical models made of glass, more than 800 startlingly realistic plants produced by the German father-and-son glassworking team Leopold and Rudolf Blaschka. They were commissioned by Professor George Lincoln Goodale to serve as aids in the teaching of botany, but their strikingly accurate detail leads many to regard them as works of art in themselves.

The modern naturalist Donald Schnell, who painstakingly deduced the mechanism by which the butterwort Pinguicula is pollinated, was astonished in 1997 to see the glass butterwort that the Blaschkas had prepared a century earlier: “One sculpture showed a bee entering the flower and a second showed the bee exiting, lifting the stigma apron as it did so,” just as he had hypothesized. “As far as I know Professor Goodale never published this information, nor did it seem to have been published by anyone back then, but the process was faithfully executed.”

This raises a question in aesthetics. If we find, say, the Blaschkas’ glass chicory flower beautiful, shouldn’t we find a live chicory flower equally beautiful? For the two are practically indistinguishable. Some will say yes, but others will insist that “there is an important difference … between perceiving a set of characteristics in an object and perceiving that same set of characteristics as natural to that object,” writes University of Washington philosopher Ronald Moore. “To perceive something as a product of nature is not to perceive one more thing about it; it is to change the way we perceive everything about it.”