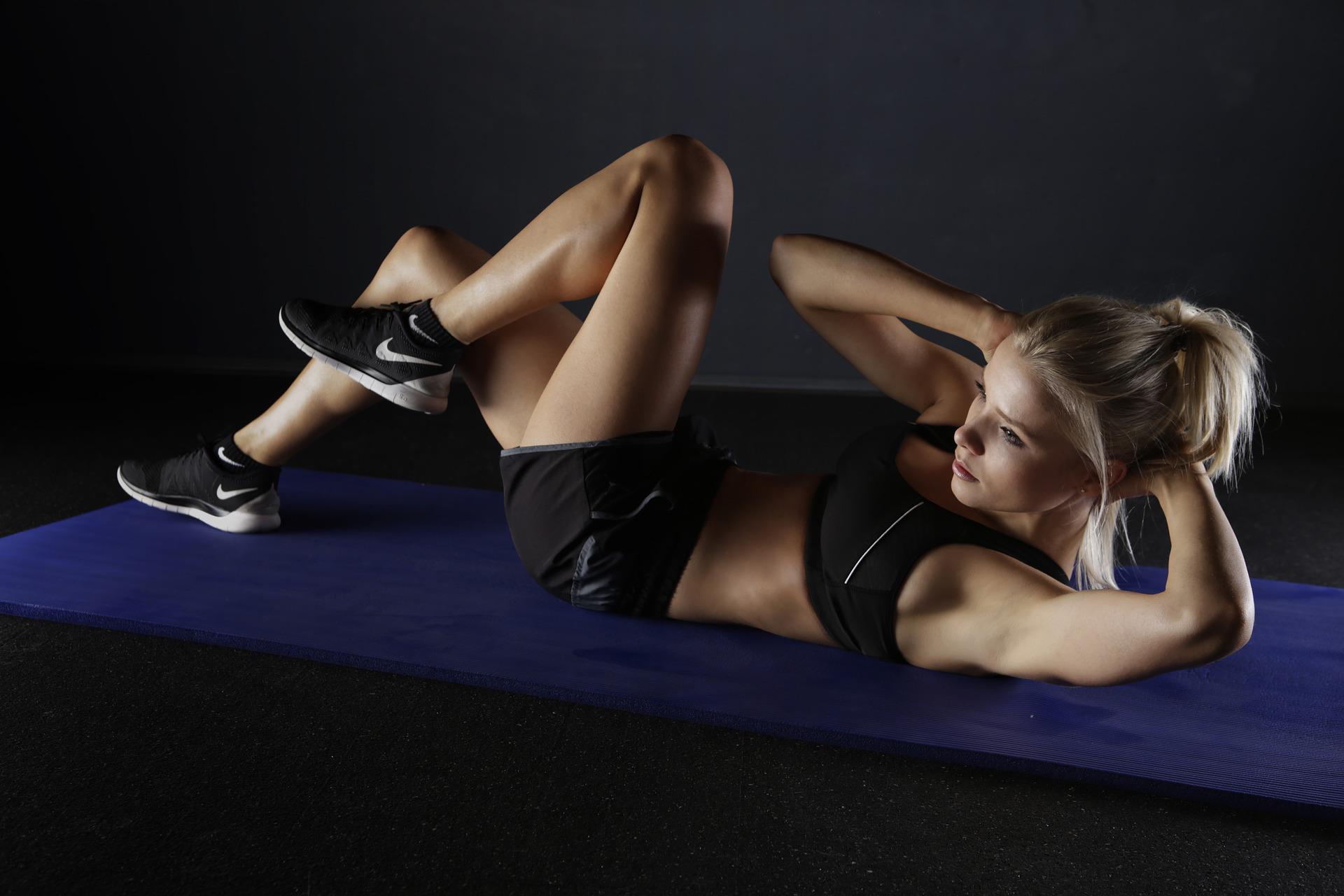 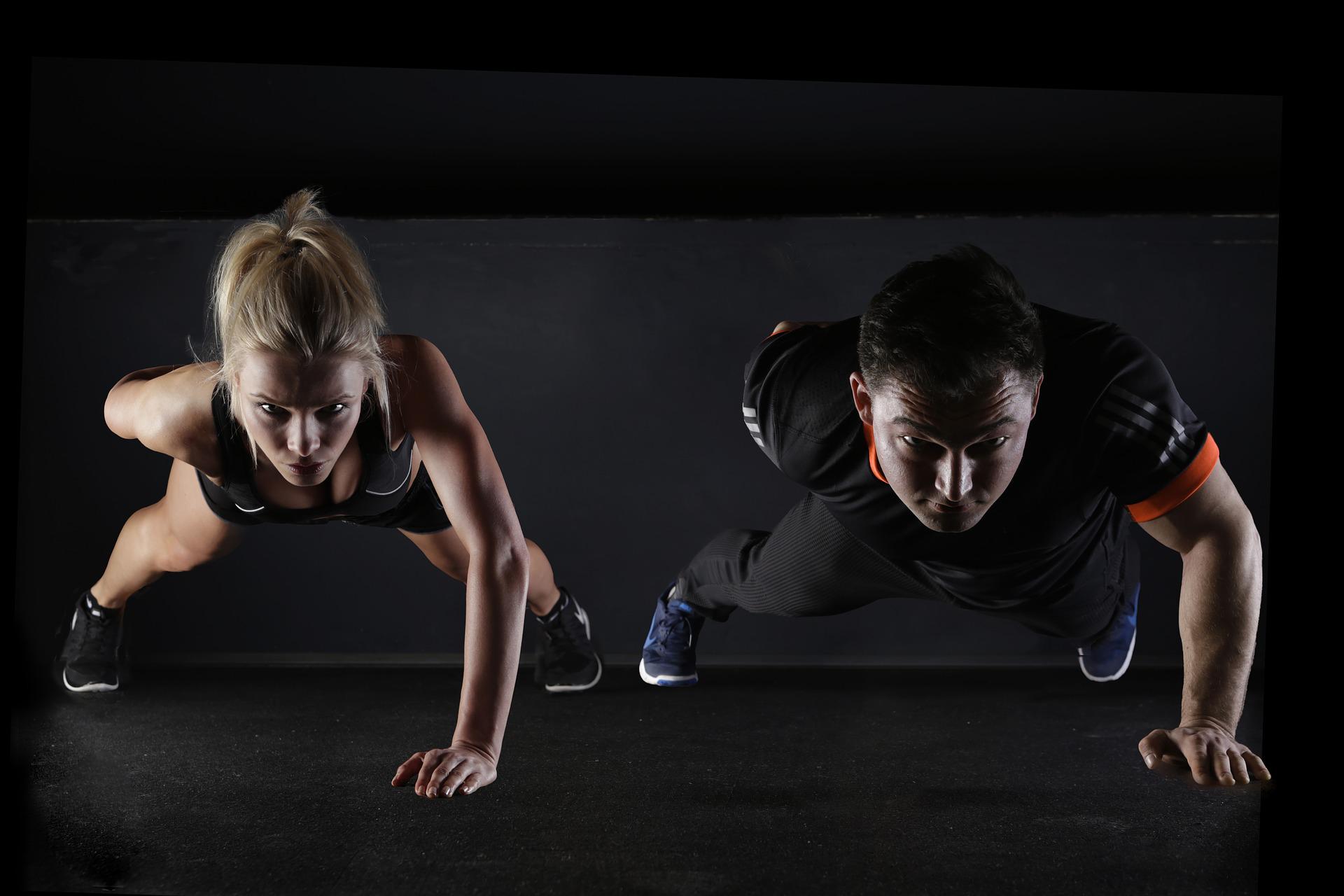 A bite-sized amount of activity every half an hour can improve your well-being, a recent study finds.

Can just three minutes of exercise have a real impact on overall health and physical fitness? This might sound like a get-fit-quick gimmick, but a recent study in The American Journal of Physiology: Endocrinology and Metabolism suggests that committing to moving your body for three minutes twice an hour may have positive health benefits.

This small but telling study involved 16 middle-aged men and women living in Stockholm with typical desk jobs and a history of obesity. (Their particular sedentary lifestyles and metabolic states put them at risk for diabetes.)

For one week, the study participants wore monitors to give the scientists baseline numbers. Then half of the group downloaded a smartphone app that instructed them to be active for three minutes every 30 minutes. For three weeks, this half of the subjects marched in place, squatted, and performed other simple exercises (that wouldn't be too distracting to their coworkers). The control group was not prompted to exercise every 30 minutes.

The researchers concluded, however, that three minutes should be considered a minimum—if you can move more (say, do this bi-hourly movement in addition to getting in a more formal exercise session each day), that's even better.

Fitness trainer and CEO of Suprema Fitness, Jennifer Cohen, says she's not surprised by these findings. "Shorter workouts can add up," she says. "Do the math—if you exercise for six minutes of every hour during a standard eight-hour workday, you've done a 48-minute workout total."

Cohen believes fitting "mini workouts" into your day is a good solution for anyone: from regular exercisers who have trouble getting in a sweat session on busy days, to people just starting to incorporate a movement practice into their everyday routines.

"Doing multiple, shorter workouts on the days you can't squeeze in a longer one is certainly better than skipping it altogether and can help you maintain your health even if your schedule is jam-packed," Cohen says.

Not sure how to spend your three minutes of activity? Here are a few bite-sized workouts to try for three minutes straight or to combine any way you'd like. 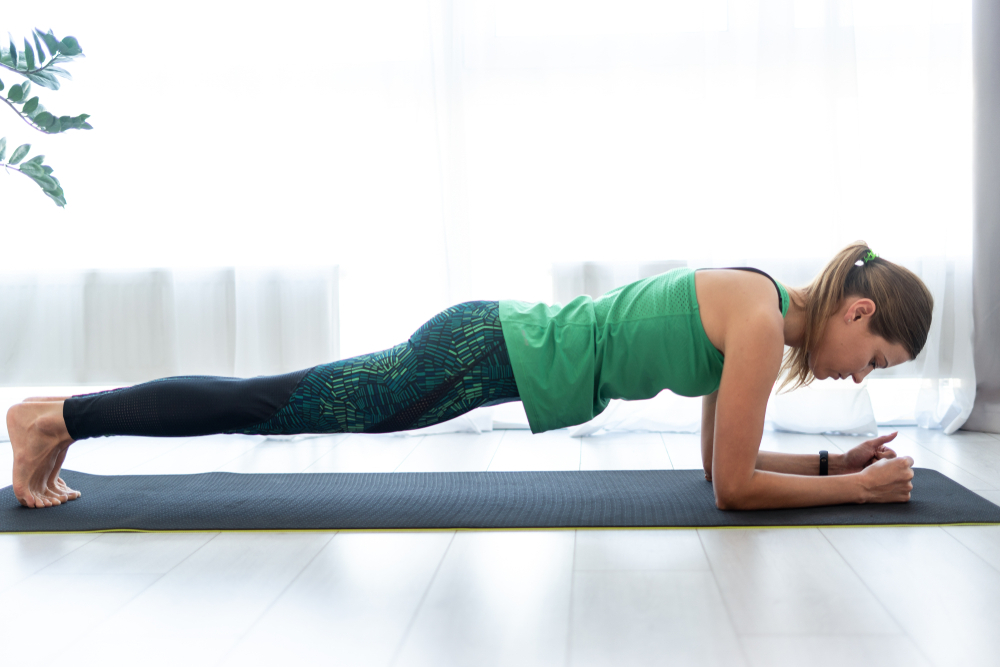 Master trainer at AKT, Alissa Tucker, NASM, CPT, CES, says planks are an excellent three-minute workout most people can do (or at least work up to), whether working from an office or at home. You don't need to hold one plank for three minutes straight (unless you can and want to!), but spend around three minutes holding for 30-second or one-minute intervals, with short breaks in between.

" Planks are great because they work several muscles in the body to build strength and stability," she says. "While a full plank may not be accessible to everyone, a modified plank with the hands elevated (hands on the arm of your couch will work) is a great way to start to build the strength necessary to be able to hold a full plank." You can also make planking easier by keeping your knees on the ground rather than extending your legs, similar to a modified push-up.

Tucker also suggests adding some cardio to your plank to maximize each three-minute session. "You can try plank jacks (jumping the feet out and in while holding a plank position) and mountain climbers (running in your plank)."

RELATED: This 10-Minute Plank Routine Will Fire Up Your Core With Just 5 Moves 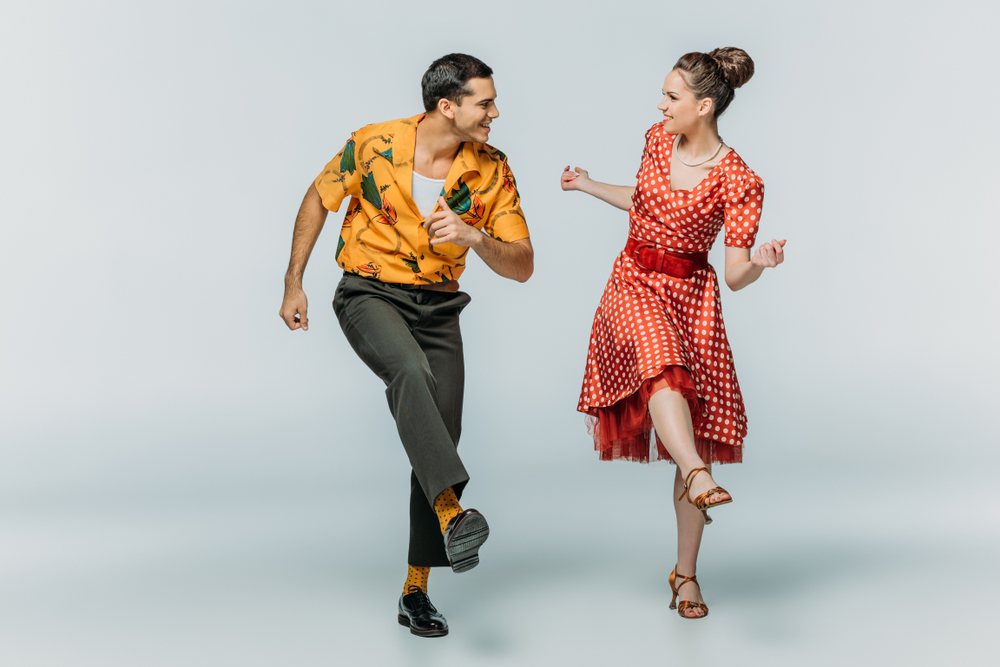 Who doesn't love a dance party? Especially in the middle of a workday. "Dancing is the best form of cardio because it requires moving on all planes of motion, making it a functional exercise," Tucker says. "It can also boost your mood and [get your heartrate up]! Turn up your favorite song and dance it out." 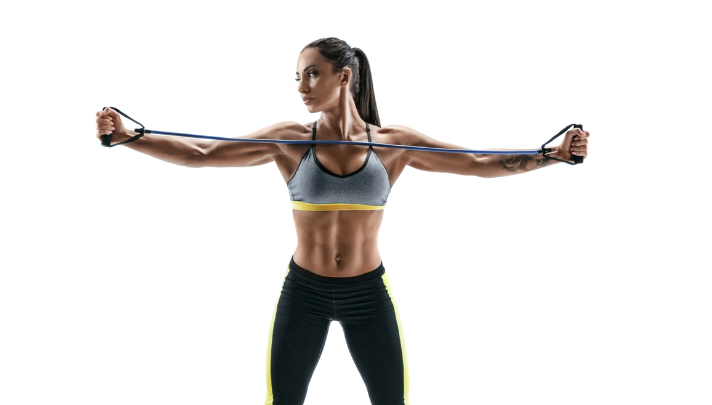 Danny Saltos, CPT, a Los Angeles–based personal trainer and founder of Train With Danny, recommends doing simple arm swings to open up your chest, which can get tight and hunched forward after typing on a computer all day. Start by standing up nice and tall, then spread your arms out to the side. Swing your arms back behind you and forward in front of you in a controlled manner. 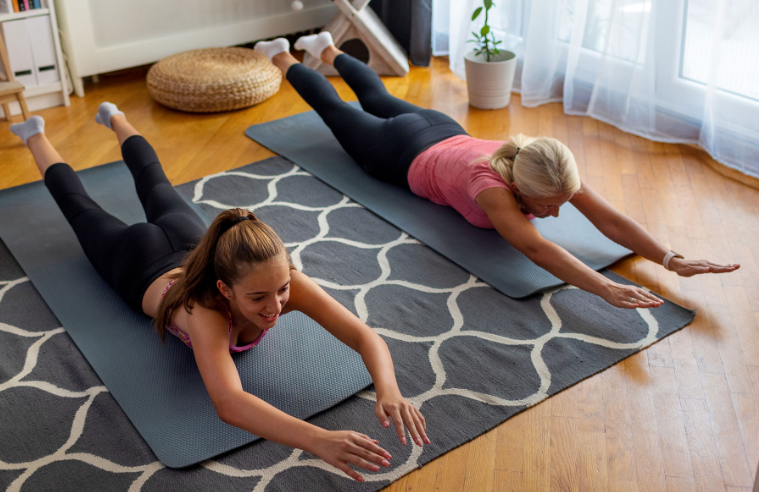 Saltos says the Superwoman pose is a great exercise for anyone working from home. "Start by lying on the ground face down with legs straight behind you and arms fully extended in front of you. Keep your head neutral and avoid looking up. Then, slowly lift your arms and legs off the ground a few inches and hold for three seconds. Release and slowly lower back to the ground." 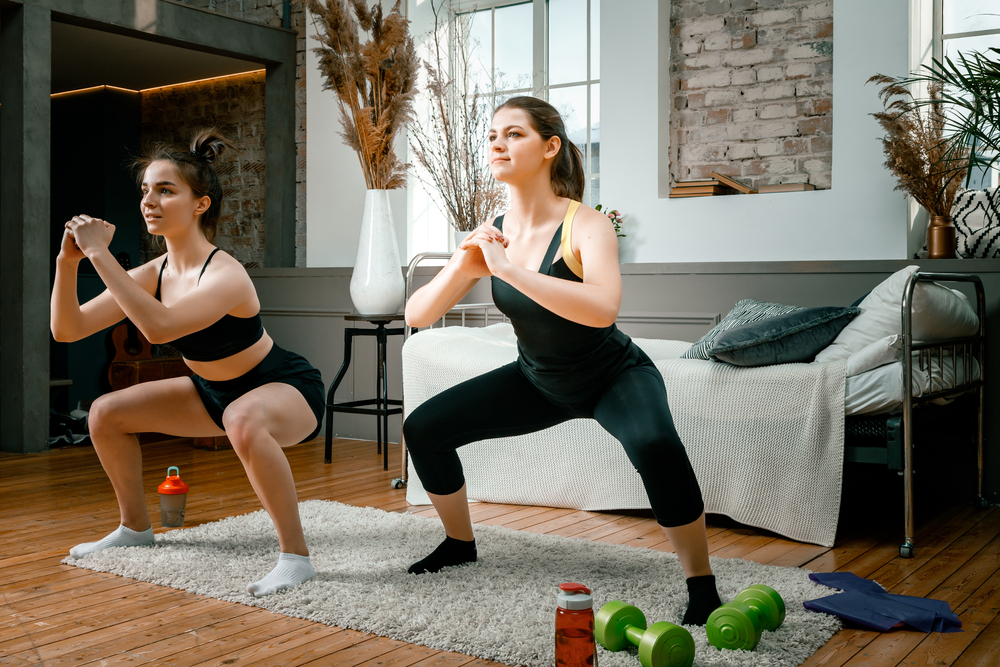 "Start with your feet about hip-width apart. With arms straight out in front, lower your bum toward your heels until your thighs are parallel to the ground," says Saltos. Then return to standing. 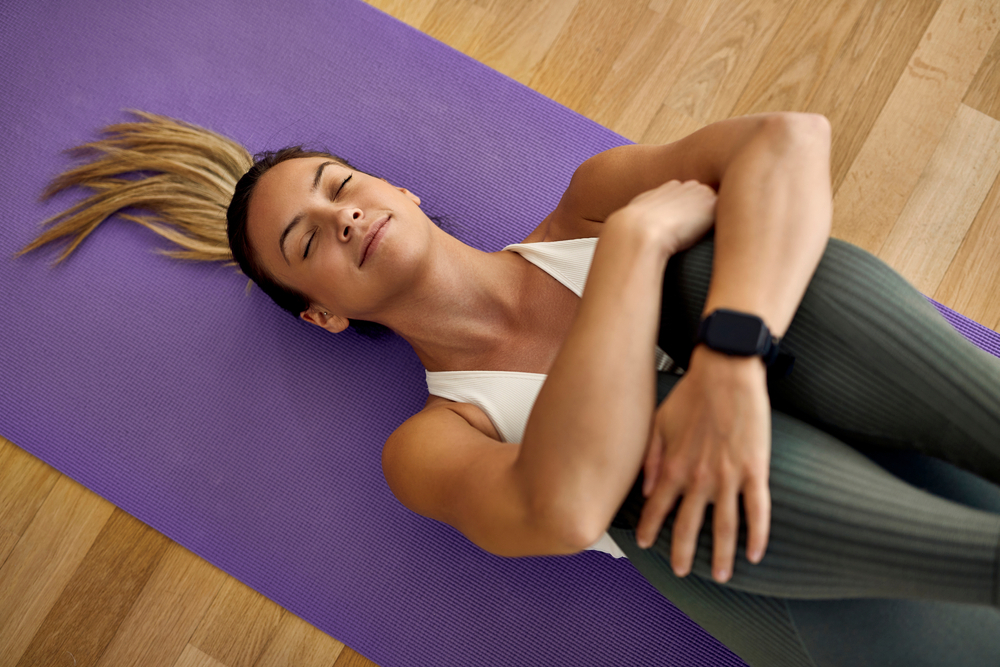 Knee hugs are a convenient way to stretch the glutes and lower back. "Standing in front of your desk, bring one knee up toward your chest at a time and wrap both arms around your shin for a tight squeeze," Saltos says. 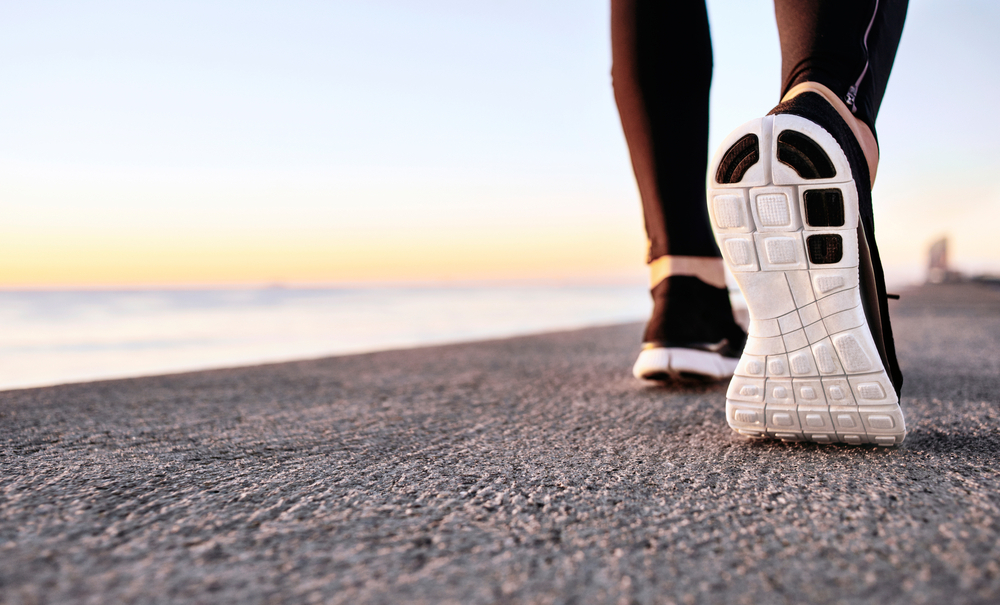 Not comfortable squatting in front of your coworkers? No problem. Simply walking around is enough. You don't even have to go far or leave your office. Stroll around the office floor, take a loop around the block, climb the stairs in the exit stairwells, or just march in place. If you're a multi-tasker, take a walk during those conference calls where you need to listen more than talk. You'll probably end up wanting to walk around for more than three minutes.

What if you don't have 3 minutes every half an hour?

Taking short breaks every half an hour may not be feasible for everyone's work style, schedule, or environment. The point is to try to get tiny bursts of movement in multiple times a day.

As an alternative to three-minute, bi-hourly breaks, Cohen suggests taking a ten-minute exercise break at least three times per day. "On busy days when you may not have time to go to the gym or go for a run, breaking down workouts into several shorter chunks of time can be a smart solution."

If you need some guidance, try an online fitness streaming website or app, like the Peloton app, Alo Moves, or a free Youtube channel like Yoga With Adriene for tons of shorter workout options you can weave more easily into a jam-packed day.