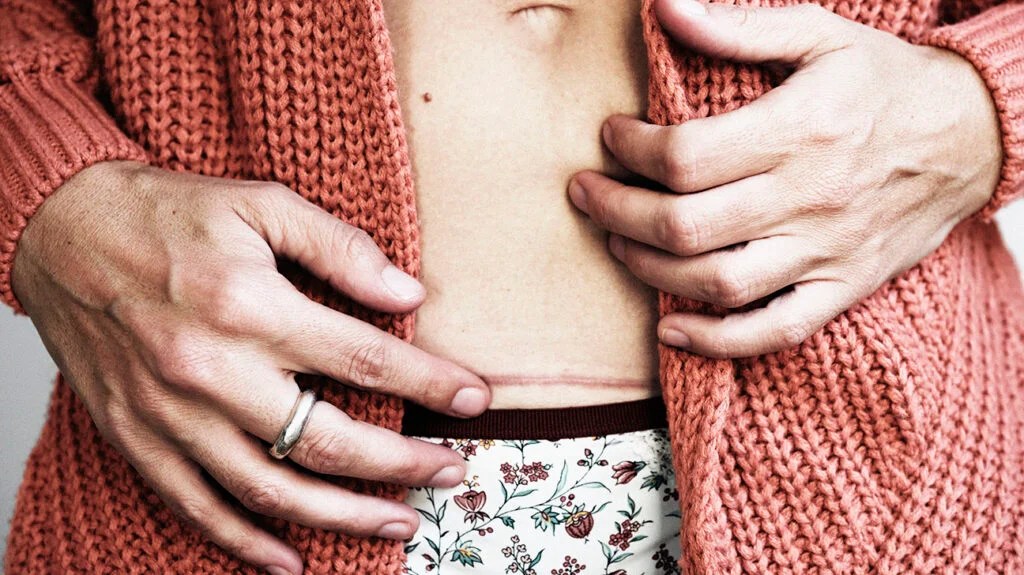 Share on Pinterest Compared to vaginal birth, cesarean delivery has not been linked to an increased risk of childhood allergies. Westend61/Getty Images

Food allergies can cause a person’s immune system to overreact to certain foods, triggering mild to life threatening symptoms. This condition affects an estimated 5% of children in the United States and is becoming more prevalent.

After studying data on over 2,000 infants, researchers at the Murdoch Children’s Research Institute in Australia concluded that the method of delivery has no significant impact on food allergy onset.

They said that their findings “may be useful for caregivers when considering the risks and benefits of cesarean delivery, and provide reassurance for mothers who require such intervention that there is little evidence that their infants are likely to be at a substantially increased risk of food allergy.”

The study appears in the Journal of Allergy and Clinical Immunology: In Practice .

Children delivered by C-section bypass the process of being exposed to beneficial bacteria in the birth canal. Scientists have supposed that this might interfere with the proper development of a newborn’s immune system.

Medical News Today spoke to Dr. Danelle Fisher, pediatrician and Chair of Pediatrics at Providence Saint John’s Health Center in Santa Monica, CA, who was not involved in the research, about the implications of these findings.

Dr. Fisher said that a C-section versus vaginal birth has not been a major consideration for her in dealing with children’s food allergies.

“It is interesting as we are learning more about this microbiome in the gut and how it can affect the babies. I think this study was very interesting to let us clinicians know we don’t have to necessarily rely on their birth history to give us clues.” — Dr. Danelle Fisher

Dr. Fisher mentioned that many factors contribute to a newborn’s microbiome before, during, and just after birth. For instance, doctors often give mothers antibiotics during C-sections, which may affect the composition of the baby’s gut bacteria.

The present study tracked birth factor data on infants from the HealthNuts study. It also linked data with the Victorian Perinatal Data Collection.

The current study referred to the oral food challenge (OFC), the gold standard for diagnosing food allergies. This reduced the risk of misclassification from measures like self-reporting or serum levels.

Data used showed whether the cesarean births happened with or without labor, unlike previous studies.

However, the study’s authors acknowledge some significant limitations to their research. For instance, the over-representation of vaginally born babies may have caused selection bias.

Also, the researchers were unable to find data on birth factors such as exposure to antibiotics and duration of membrane structure. They hope that these issues can be investigated in future studies.

Dr. Fisher said she hoped that the research can extend throughout Europe or the U.S.

“[…One] of the things I would like to see coming out of this study is to see if it can be replicated in other areas and if that plays a factor or not,” she said.

In another study published in the Journal of Allergy and Clinical Immunology , Murdoch Children’s Research Institute reported that 30% of peanut allergies and 90% of egg allergies resolve naturally by age six. These rates were higher than what the researchers expected in welcome news for affected families.

The current work also involved the HealthNuts study, but it assessed 5,276 children at one year of age.

Among the subjects, 156 had a peanut allergy and 471 had a raw egg allergy. Those who developed new food reactions or sensitivities after age 1 were assessed for food sensitization and allergies at the 6-year follow-up.

“Among infants with [confirmed] food allergy at 1 year, most egg allergy (90%) and nearly one-third of peanut allergy (29%) naturally resolve by age 6,” the researchers concluded.

MNT discussed these findings with Dr. Daniel Ganjian, a pediatrician at Providence Saint John’s Health Center in Santa Monica, CA, who was also not involved in the research.

Dr. Ganjian praised the study for providing more precise data and percentages of allergy resolutions in children. He did note, however, that much useful data is missing due to the high dropout rate among participants.

Dr. Ganjian pointed out the researchers’ attempt to combine variables such as having multiple food allergies and skin responses on allergy tests.

However, even with 6,300 subjects, there were not enough patients available to combine variables that were strong enough to form meaningful prediction scores.

Dr. Ganjian also mentioned that doctors employ new standards and practices, which the study does not take into account.

“Before, we [would] say, ‘don’t give peanuts or egg until age two.’ But now, we are all telling our patients actually to start with peanut and allergy introduction, even in small dosages, on an almost daily basis [when they start solids],” he said.

Dr. Ganjian said that overall, the research further confirms the differences between peanut and egg allergies: